Sako enthusiasts don't have to be told what a rare and desirable variation the Sako Safari Model is.  Made on the unique A-IV action, it has an enlarged magazine to give it a total firing capacity of six rounds (one in chamber and five down).  As it is named, the Safari is designed expressly for dangerous game and is outfitted particularly well for that purpose.  This rifle is not only all original, but is in near pristine 99% condition in wood, blue, and bore.  In addition to the open sights mounted on a ramp, it is equipped with a Leupold 1.5-5X variable, one of the most widely used dangerous game scopes.  The forward sling swivel is mounted on the barrel to prevent the forward hand from coming in contact with it during recoil.  Chambered in the hugely popular .375 H&H, it is ready to take to Africa, Alaska, or just out to make a big ol' hole in a big ol' feral hog in Texas, Florida, or wherever they're found. 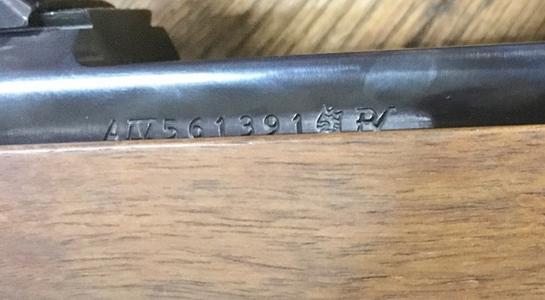