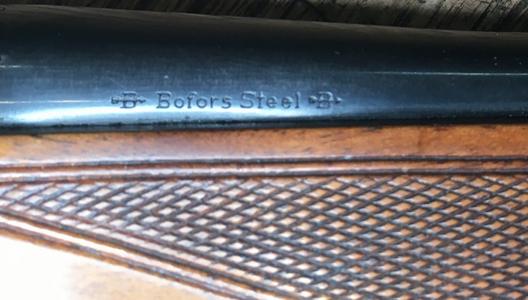 This is one of the earliest of the Sako L579's after the changeover from the L57 action.  Its serial number is in the 11,000's, while the last of the L57's were in the 10,000's.  It has the unique features of the flat and checkered bolt knob, half-moon floorplate release inside the trigger guard, and the longitudinal groves on the cocking piece rather than the checkering of later models.  The stock is factory, but we have never seen a contrasting fore end on a standard grade Sako stock.  Whether this is a factory variation or was installed by a previous owner is a matter for speculation,  but since the bolt guide is lightly jeweled and there is a professionally installed aftermarket recoil pad we assume the fore end is not factory.  Regardless, the combination of unique factory features make this early Forester a very desirable piece. 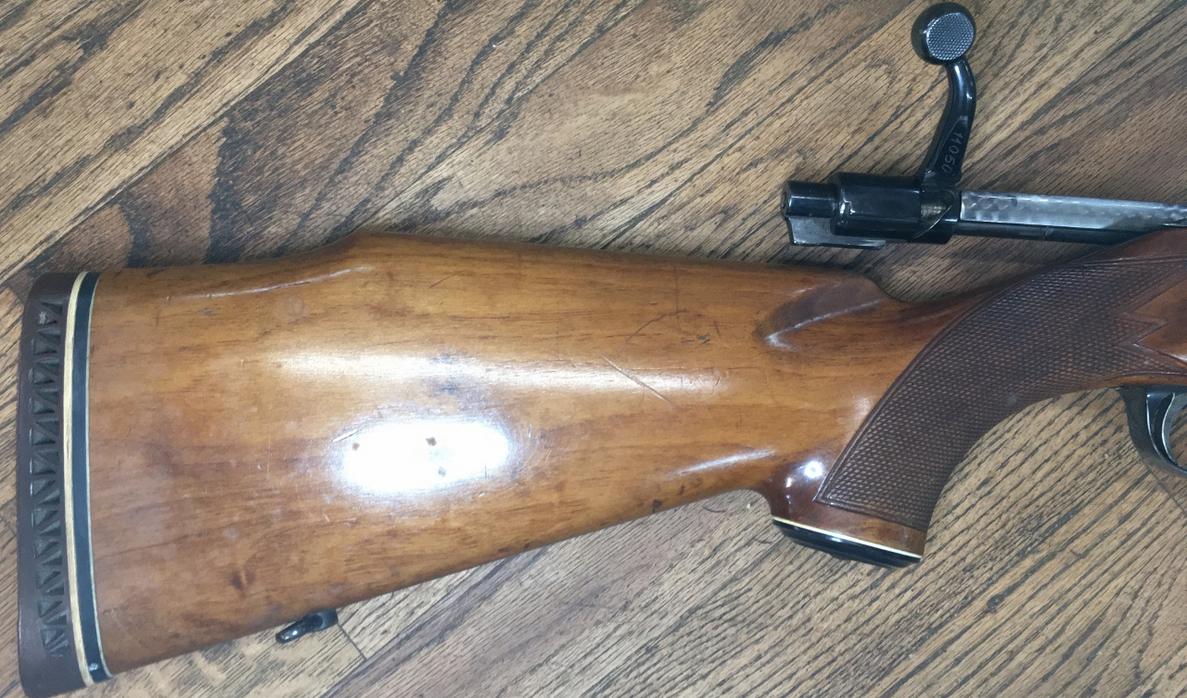