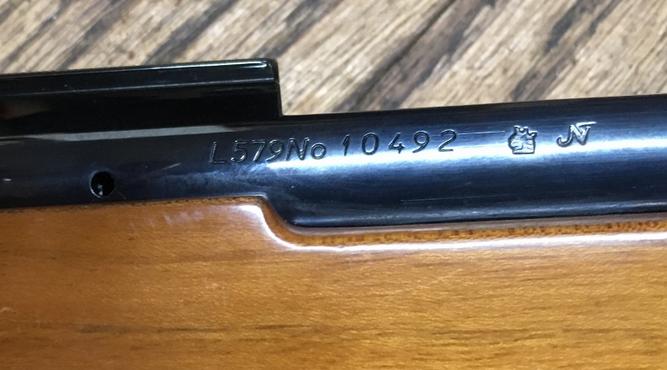 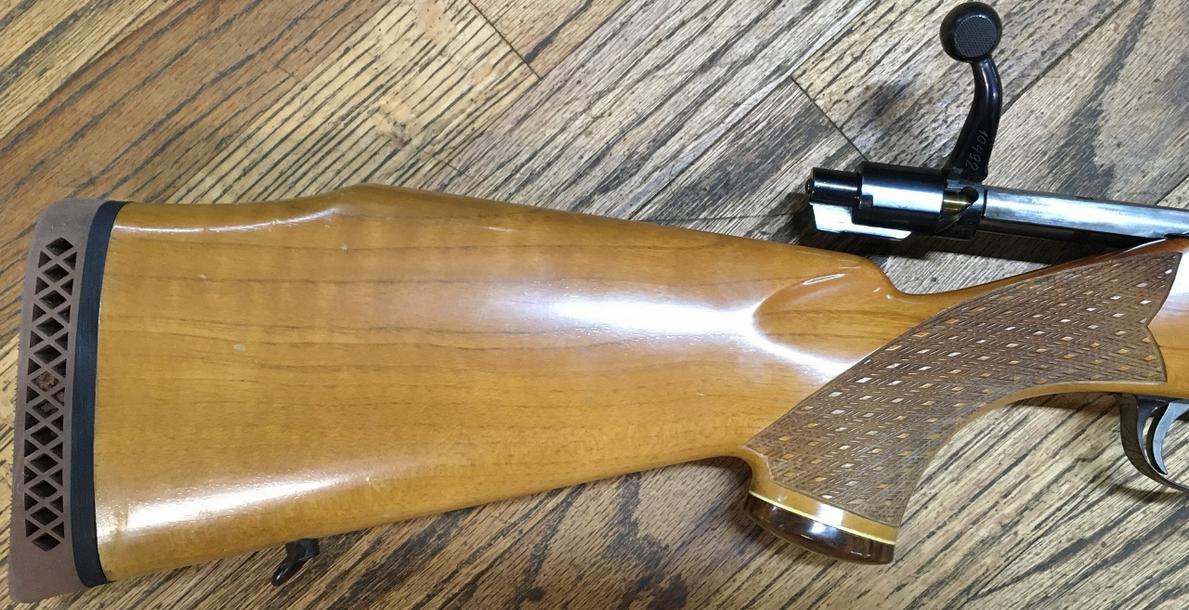 Here is a rifle which Sako collectors and enthusiasts will find hard to resist.  This very early Sako Forester Deluxe has the "forbidden" Weatherby rearward slant on the contrasting fore end.  Weatherby sued or threatened to sue Sako over this design, so Sako quickly changed to a forward slant which was seen on all subsequent Deluxes.  Perhaps even more enticing, it also features the rare "Fishgods" design on the floorplate engraving (so named by a prominent Sako Collector).  In many years of dealing in hundreds of Sakos we've had perhaps perhaps three of these through the store.  This rifle also features the flat bolt knob and half-moon magazine release which were only found on the earliest L579's -- along with the grooved, not checkerd, cocking piece.  All are phenomenally scarce features.  The Sako Records show that it was inspected in Janary of 1960.  Its condition is splendid for its age, with deep bluing, unmarred wood finish with very few dings, and a bright bore.  Everything appears original, although the  genuine factory Sako pad looks too ​good to be that old, so we believe it is a professional replacement.