Here is a very early first year (1961) Sako .300 H&H on which the original barrel has been rechambered to take the powerful .300 Weatherby Magnum cartridges.  This makes it somewhat ammunition-versatile since it will shoot not only .300 Weatherby ammunition but .300 H&H cartridges can still be fired in it and will fire-form to the .300 Weatherby dimensions.  The stock appears nicely refinished with an aftermarket pad, while the front sight hood and blade have been removed for scope use.  The bore looks pristine, well cared-for, and rarely fired.  Barrel length is 24.4 inches and the magazine holds four magnum rounds of either .300 H&H or .300 Weatherby cartridges.  An original and unmodified .300 H&H in a Sako L61R would bring a premium on today's market.  However, you can own this rechambered and more versatile example for hundreds less than a "collector" grade rifle would cost you. 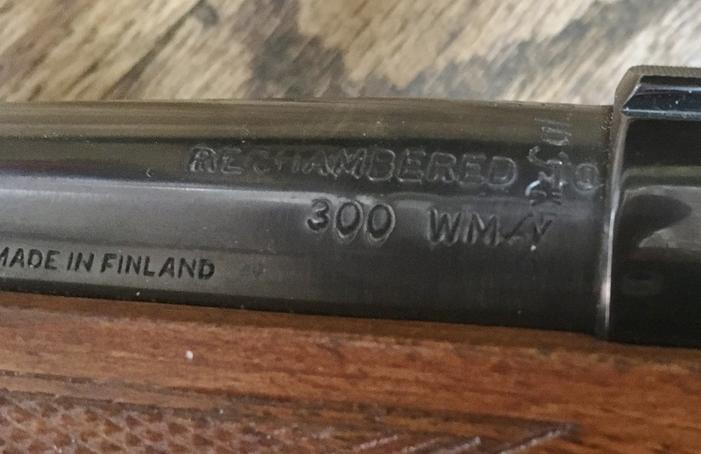